The companions decided that the king’s consort had to go, so Reschi commanded Horgar to leave. As soon as the king was out of sight, the party jumped the succubus. She didn’t stand a chance against the six adventurers.

Talking with the king later, the companions learned that a group of drow from Velkynvelve had recently arrived in the city with a couple prisoners: a myconid sprout and a mountain dwarf. Smak’s heart leaped at the mention of his little mushroom buddy. Reschi convinced the king to send a detachment of Stone Guards to the inn where these drow were staying and bring the prisoners here.

About an hour later, Stool and Eldeth reunited with the party—along with an eladrin sorcerer named Mythri, and together they all left Gracklstugh. Now the question was, where to next? Eldeth wanted to go to Gauntlgrym, home of the mountain dwarves in this region, while Stool wanted to go home to Neverlight Grove. Since the myconid colony was on the way, the companions decided to stop there first, then to Gauntlgrym, and hopefully out of the Underdark after that.

The party traveled for three days (or cycles, as the Underdark denizens called their “days”) before reaching Neverlight Grove. 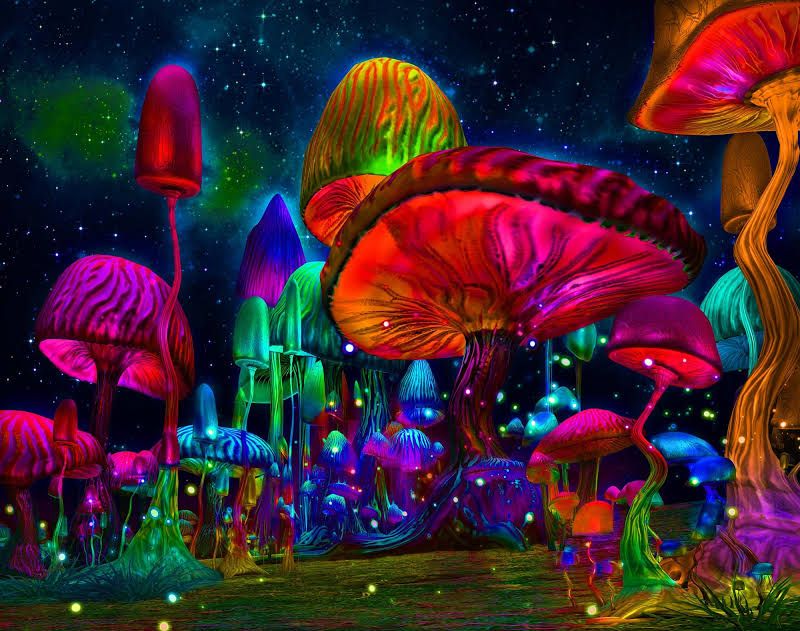 The first myconids the companions met were a group of Hunters, as they called themselves. Their leader, one called Loobamub, filled the air with rapport spores—which is how the myconids communicated with non-myconids—welcoming the newcomers to Neverlight Grove. Loobamub clarified that myconids did not kill, but merely tracked down creatures that had died near the grove and brought them here to rot and join the cavern’s compost heap. Loobamub was pleased that Stool had been returned, and suggested the companions visit the two sovereigns, Basidia and Phylo. 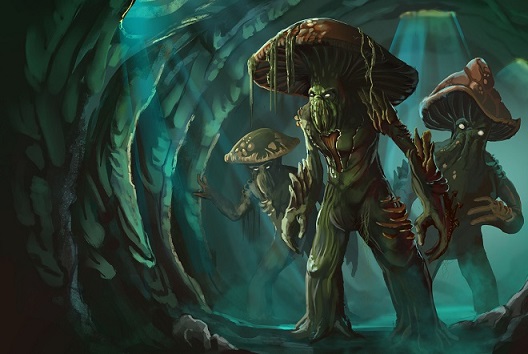 So the adventurers were led through this enchanted landscape of mushrooms, and eventually met Sovereign Phylo and Sovereign Basidia. Phylo seemed especially friendly, declaring with its rapport spores, “This is a wondrous time, for Neverlight Grove is on the verge of something great, something marvelous! Celebrate, as the day of joy is nigh!” Sovereign Basidia did not show such excitement, instead offering the companions the safety of the grove and a place to rest as long as they wished as a token of gratitude for returning Stool home. Phylo kept raving about “the Great Seeder” who lived beyond the garden, who could answer any questions the party had. Goder noticed that Basidia looked uncomfortable with Phylo’s behavior. Even Stool stepped closer to Smak, whispering to the bugbear that the harmony between Phylo and Basidia seemed to be off. 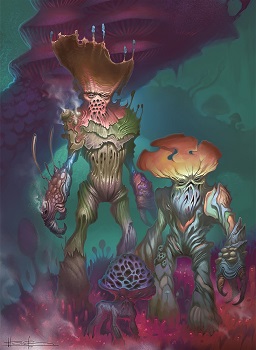 Sauerkraut followed Phylo after he left, while the rest of the party went with Basidia. This led the satyr up to the top of a plateau and into a thicket of mushrooms, where dozens of humanoid Underdark creatures were buried in the ground, mold and fungi growing on and around them, all muttering and murmuring and whimpering. Some were more buried than others, and Sauerkraut was horrified to see one head turn toward him and let out a scream that ended suddenly when a mushroom burst through the creature’s mouth.

Meanwhile, Basidia continued the tour of the grove for the rest of the party. 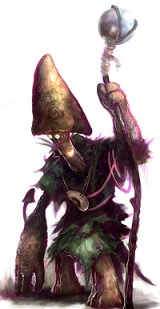 They met a myconid architect named Gasbide, leader of the Circle of Builders, who shared its dreams of bizarre, elaborate structures no myconids would ever need, inspired by visions of Abyssal palaces. Gasbide asked many questions about the architecture of the surface world, bristling with an excitement seldom seen in myconids, asking for every minute detail. It was further revealed that Gasbide dreamed of building a fungal tower “even greater than Yggmorgus,” hoping to break through the Underdark to the surface world, possibly “with the aid of Araumycos,” though Gasbide didn’t really understand what Araumycos was.

Basidia told them that another group of “softers” (the name myconids used for fleshy creatures) arrived not too many cycles ago and accepted Phylo’s offer to meet the Great Seeder, but were never heard from again. Furthermore, Phylo had created a new Circle within the grove: the Circle of Masters, which had recently been taking most of the carcasses the Circle of Hunters brought in, as well as sending groups of myconids outside the grove without telling anybody.

This is when Sauerkraut rejoined the party and explained everything he witnessed upon the plateau. Basidia worried that some fiendish disease might have infected Phylo and the myconids from that Circle of Masters, and requested the adventurers go put an end to this, one way or another.

And so they did. The party ascended the plateau and made their way through the forest of mushrooms and across the half-buried humanoids, where they confronted the master of this foul garden. Unlike the other myconids who communicated through their spore clouds, this creature spoke with a mouth: “Let the love of the Great Seeder embrace you as you become one with her chosen, the Great Body!” 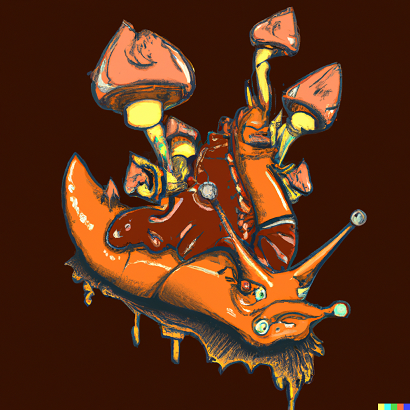 After defeating the horrifying creature and its spore servants, the companions continued on toward the mushroom tower. Along the way, they witnessed a bizarre parade of myconids and spore servants who danced along and then performed an obscene ritual of some sort—like a parody of a wedding rehearsal.

Leaving the wedding party alone, the companions finally made it to the tower, where they saw scores of myconids and spore servants dancing and laughing and vomiting in reverie. The ground here was even more saturated with writhing and moaning bodies.

And there, inside the tower, was the Lady of Decay herself: Zuggtmoy. 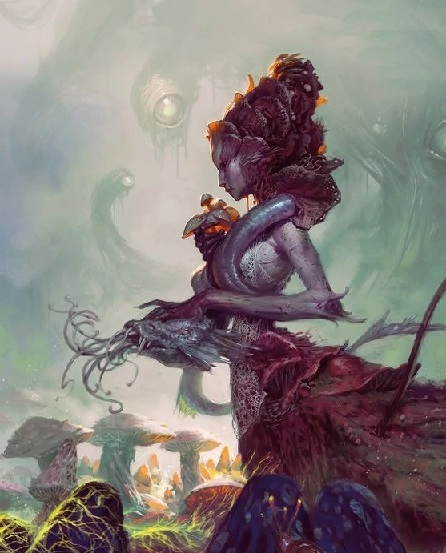 As it turned out, Zuggtmoy planned to “wed” Araumycos (an enormous fungus occupying a large area of the Underdark). After uniting their powers in an unholy mockery of matrimony—in truth, a demonic rite of domination—Zuggtmoy would gain the power to transform the whole of the Underdark into her new Abyssal domain!

The companions decided that it was time to leave Neverlight Grove. They returned to Basidia to warn the myconids that a demon lord had taken over Phylo’s Circle of Masters and that this place was no longer safe for them. Basidia rewarded the party with whatever they wanted to take from the compost pile, then began preparations for an exodus from this place.

Loobamub offered to show the party a way to reach the surface, which they wholeheartedly accepted. Smak said goodbye to Stool, and the adventurers and the myconids went their separate ways.

Escape from the Underdark