After escaping captivity, the party made their way toward Darklake, where they knew about a kuo-toa village called Sloobludup.

A small party of drow from Velkynvelve caught up with them, but thanks to Eldeth and Stool’s heroic sacrifice, the companions managed to get away. 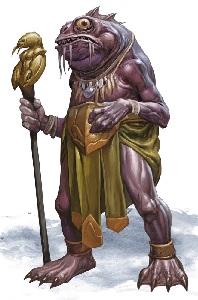 Ploop brought the newcomers to the shrine of the Sea Mother, where he explained that he wanted the adventurers to help undermine his daughter, for he did not approve of this new religion she’d introduced to their people. The kuo-toa had never fought each other like this before, and he blamed this Deep Father.

The companions agreed to Ploop’s plan, to make a show of being offered to the Deep Father’s shrine as sacrifices. And so, when Blopp and her followers showed up to perform the ceremony, a fight broke out and all the followers of the Deep Father were killed.

All that bloodshed fueled the shrine of the Deep Father, summoning something ancient and evil from the depths of the Darklake… 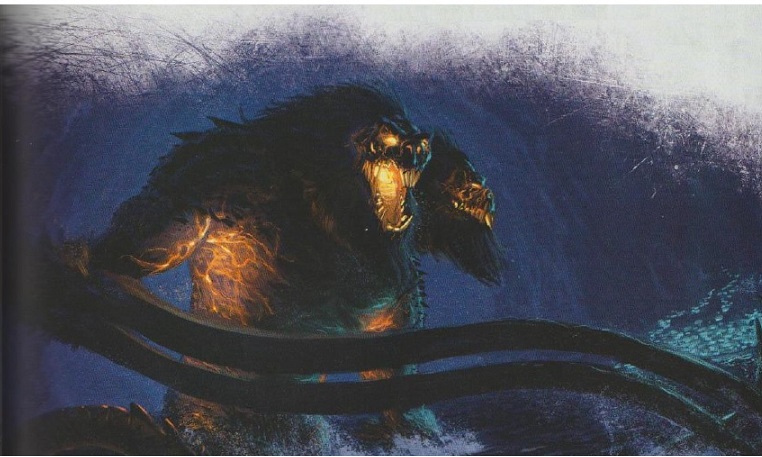 Waves of terrified kuo-toa flooded through the streets of Sloobludup. Archpriest Ploop showed the companions a way out, but this passage was seen as dangerous, so nobody had ever explored down that way before.

But with Demogorgon laying waste to the village, that passage didn’t seem as dangerous anymore.

Prisoners of the Drow