Without Eldeth and Stool in the party, the companions weren’t sure where they were headed anymore. The prospect of escaping the Underdark altogether seemed distant and hopeless.

They continued on, wandering aimlessly through tunnels and caverns, until they arrived at a chasm that stretched as far as any of them could see. A network of spiderwebs criss-crossed all over the chasm.

Moments later, two goblins approached the adventurers, surfing along the spiderwebs on greased-up boots. The goblins introduced themselves as Yuk Yuk and Spiderbait. They offered to guide the companions to wherever they wanted to go, for a price. Pike convinced them that he was Shoor, Elvara’s lieutenant and lover, and that he was on a secret mission with these here “slaves.” The goblins happily sold them a gourd of grease and gave them directions to Gracklstugh. 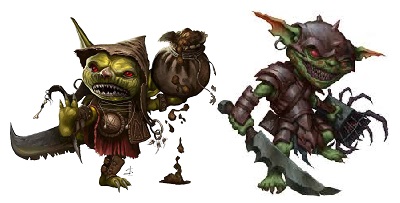 Yuk Yuk and Spiderbait also warned about the spiders who laired here, mentioning a deep gnome who’d recently been captured and cocooned.

The gnome turned out to be none other than Jimjar! After the companions rescued him from the spiders, Jimjar explained that he’d found an ancient Netherese tomb near here, but he didn’t have the nerve to go in there by himself. 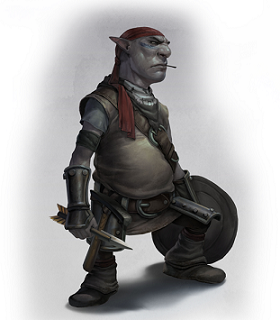 The companions followed Jimjar back the way they came, and down some other passage for a couple hours, before they finally arrived at a huge stone cube that looked like it fell from a great height to land in this vaulted cavern. Indeed, a crevasse in the ceiling above confirmed that this tomb probably did fall down here.

Urza shared what he knew about the Netheril Empire. He also sensed the presence of magical radiation — something the folk of the Underdark called faerzress, a remnant of High Magic that helped shape the Underdark itself long ago.

It was then Pike heard a sinister whisper: “I sense life out there. You must free me from this place!”

Jimjar agreed to a 20% cut on whatever the party found in there, since he was the one who’d brought them here. And so, inside they went.

In the entrance room they found a diorama along one wall depicting the sorceress Brysis Khaem as a Netherese noble in her prime, surrounded by attendants, slaves, and other trappings of wealth and power. Covering the opposite wall was a vista of fantastic floating cities, which Smak thought was mind-blowing.

A hidden staircase descended down to a shrine room with two doors. Pike collected some of the shredded tapestries and cast mending on them.

The party made such a racket opening one of the doors that they awakened the spectres of Brysis’s two husbands, who rose out from their sarcophagi to attack! 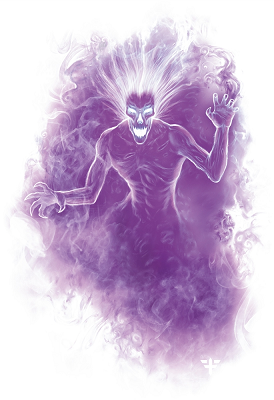 While Goder and Smak fought with blades and fists, Urza, Reschi, and Pike cast spells that were affected by the faerzress. Urza ended up polymorphing himself into a winter wolf.

After defeating the angry spirits and looting their resting places, the companions found a hole in the floor hidden under one of the sarcophagi.

As soon as the secret room was revealed, Pike heard that whisper again: “Release me. Wield me, and I will make you powerful. We will gorge upon the lifeforce of your enemies.”

It was down here the party encountered Brysis Khaem herself, now a terrifying wight. But not so terrifying after Smak stunned her, and Reschi cursed her, and Pike finished her off with magic missiles. 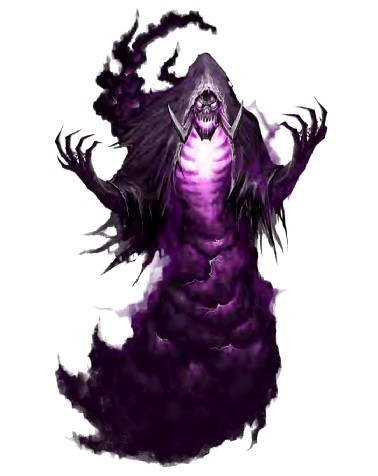 The mummified body of Brysis Khaem was holding a black-iron sword of life-stealing in one hand and a wand of fear in the other; she wore a necklace of fireballs around her neck, and there were also two potions and a heap of coins, too.

The party went back and opened the second door in the room above, which contained another pair of sarcophagi — and the spectres of two more of Brysis’s husbands.

After defeating the spirits and looting the room, everyone decided that it was time to rest. Reschi cast Leomund’s tiny hut, and the party took a long rest.

When they were about to head out again, they noticed a group of drow and a displacer beast camped just outside the tomb entrance. The drow were talking about the two goblins they’d interrogated and tossed off the cliff, and that Elvara would be here soon to help recapture the prisoners!