After resting inside the lost Netherese tomb, the companions were just about to head out again when they noticed a scouting party of drow camped just outside the entrance. There were five drow, and they had a displacer beast with them.

Smak and Goder attempted to sneak outside, but the drow noticed them right away. 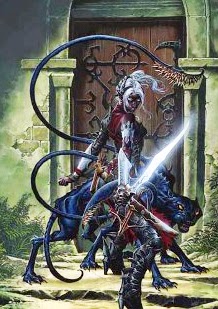 One of the drow retreated but the others and the displacer beast were all defeated. The companions decided to get a move on, since Elvara and the rest of the drow from Velkynvelve would probably be here soon.

After a couple days of traveling at a fast pace, the party found a lonely hut situated on the edge of a pond. Goder went ahead to check it out, finding a fish rack and some netting and poles and oars in the area. Then the kobold heard a voice from within the hut.

This is when the companions met Telemachus Thistlefuzz, a deep gnome, and his brother Thomas, who was dead but had somehow become a zombie. Telemachus seemed to be in denial of his brother’s death and acted like Thomas was merely sick. 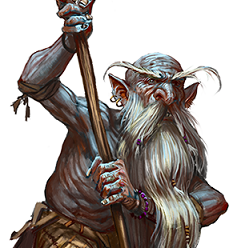 Pike tried explaining to Telemachus that he could put the gnome’s brother out of his misery, but Telemachus was too distracted by his missing comb to really understand what the drow was telling him (Sauerkraut stole his comb earlier). So Pike knocked Telemachus out with a frying pan and dragged Thomas’s body outside to burn it.

Jimjar attempted to loot the place, but Pike chastised him about it. Jimjar did have a point, though — Elvara would eventually make her way here and would probably interrogate and kill Telemachus, so he was as dead as his brother anyway.

The companions decided to bring Telemachus with them. They didn’t want to take the deep gnome’s boat for fear of running into Demogorgon on the lake, so they found a tunnel that led in the direction of Gracklstugh.

This is when Jimjar admitted that he owed some powerful people in Gracklstugh a lot of money, and that his life might be in danger if he’s recognized there. But he was even more terrified of making the journey to Blingdenstone on his own, so he begged the party to let him stay with them, even if it meant visiting Gracklstugh.

The party navigated through a maze of tunnels and caverns for a couple more days. Then a violent tremor shook the area, causing a cave-in that injured some of them. They found the passage ahead to be blocked now, as well as the passage back the way they’d come. Fortunately, a crevice in the wall had opened up, possibly offering an escape route.

With only one option, the companions squeezed through the gap in the wall, where they found an ancient temple dedicated to Juiblex, demon lord of ooze. They met and befriended a sentient gelatinous cube named Glabbagool, who ejected a magical mace that could light up with green flame when wielded. 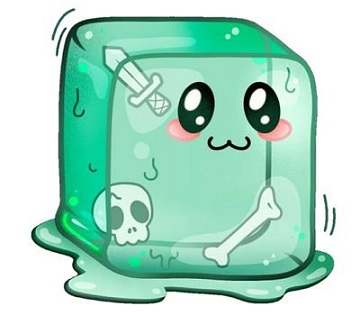 Reschi wondered if Demogorgon’s presence here in the Material Plane was causing all this weird stuff to happen — that faerzress in the Netherese tomb, the spontaneous animation of Thomas’s body, and now Glabbagool’s miraculous sentience. Something wasn’t right down here…

Exploring the temple led the party to a room with a fountain wherein pilgrims used to leave donations. But as soon as the companions started searching the fountain for loot, seven grey oozes poured out from the walls to attack them!

With the oozes dispatched, the party looted some coins, a dagger, and a couple potions from the fountain. And if you’re reading this, you can have a potion of healing, too.

Next they made their way to a rough-walled cave where water poured through cracks in the ceiling. Evidently this whole place would soon be completely flooded. There was no time to waste.

Breaking through the cracked ceiling, and enduring the water that rushed in, the companions swam up into the darkness that eventually led them to the surface of Darklake. 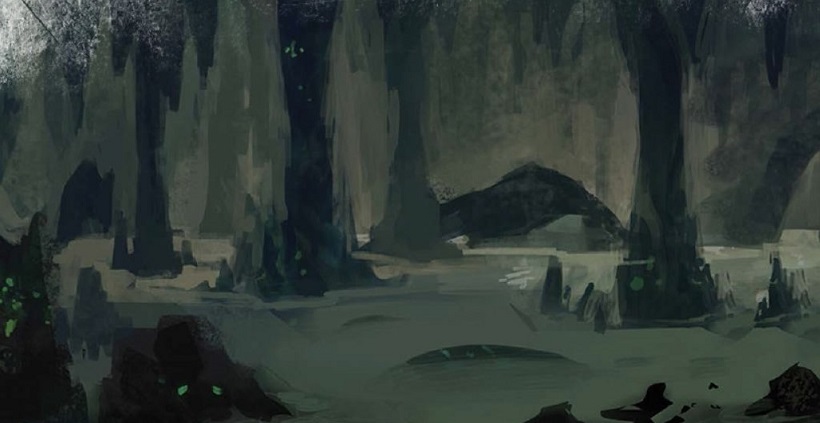