Goder, Pike, Reschi, and Urza followed another series of tunnels that they thought would lead them back to the alchemist’s door, and by the time they finally found it again, Urza was nowhere to be found. The wizard must have gotten separated and lost. But they found Smak and Sauerkraut, at least! The bugbear had simply followed his nose here from Darklake, and the satyr followed with him.

They heard the sound of Droki’s footsteps approaching. Then the footsteps stopped. Then the sounds receded back down the tunnel. The derro must have spotted the adventurers waiting by the door for him.

Smak decided to kick the door down, and the party was immediately set upon by a couple invisible duergar guards. Since this whole area was suffused with faerzress, wild magic ensued every time Pike, Reschi, and Sauerkraut cast a spell. More duergar joined the fight, as did the alchemist himself.

After the brawl, the companions questioned one of the duergars they’d captured alive. He admitted that Lorthio the alchemist was down here crafting poisons for Gorglak, a warrior of the Stone Guard stationed at one of the outer gates near the Darklake District. Certainly Errde Blackskull, the captain of the guard, would appreciate this information.

Goder continued tracking Droki, following the elusive derro into a cavern where half a dozen other derro cultists were in the middle of some kind of ritual. The companions also noticed a two-headed dog trapped inside a cage, and on the far side of the cavern lounged an ettin.

Smak ate a bigwig mushroom and grew two sizes larger, and then he charged straight for the ettin. A titanic battle ensued between the two giants. The rest of the party engaged the derro cultists. 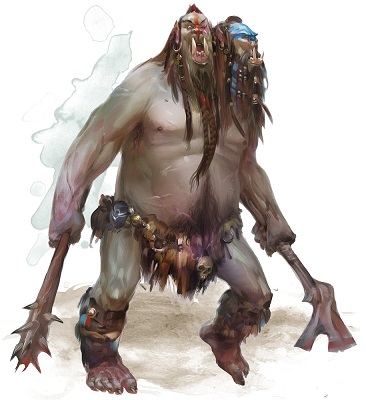 Reschi and Goder inspected the spiral pattern the cultists had drawn on the floor, and they both went a little mad just from looking at it. In the center of the spiral was a small statue of a stone giant, and thrown aside in the corner was a crumbled statue of a two-headed stone giant. It was then they realized that the derro had been cursing the stone giants of Gracklstugh with Demogorgon’s madness, which was likely the first step toward delivering the entire city to the demon lord! Certainly the stone giants would appreciate this information.

Goder tracked Droki deeper into the maze of tunnels, past a dumping pit full of zombies, to a huge, well-lit chamber. The glow of faerzress and bioluminescent fungi competed with shafts of white light that fell upon naturally formed shelves along the walls as well as a rocky mesa at the center of the cavern. Atop one of those tiers sat a large brass egg. Atop the other stood a 50-foot-tall obelisk made of smooth black metal with a few noticeable imperfections, as though small parts of it had somehow chipped away. A lone derro sat close to the obelisk, gently patting and stroking its surface. The obelisk flashed once, the glow of faerzress around the cavern flaring in response. The derro squealed with glee as she snatched a notebook from the ground and wrote something down in it.

Droki approached the mesa and shouted up at the derro that intruders were coming. She put her notebook down and readied her crossbow. A spectator floated out from a dark alcove to join them. 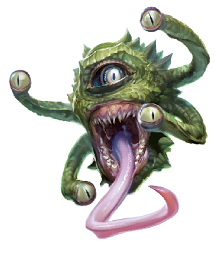 The companions had the drop on them. Goder shot the derro atop the mesa with two arrows, killing her, and Smak drop-kicked the spectator and then proceeded to dribble-kick the spectator against the wall while Sauerkraut and Pike blasted it with magic missiles.

Pike convinced Droki to surrender. The derro was convinced that the obelisk had been hidden here by the god Diirinka, but was broken long ago. Shards of it could be found all over the Underdark, and were magically absorbed into it when they touched its metal surface. The leaders of the derro were obsessed with finding these missing shards and completing the monolith, hoping to harness its unimaginable power to conquer Gracklstugh. Droki knew that when you targeted it with magic spells, the obelisk sometimes teleported treasure here… and sometimes teleported the caster away to who knows where.

The other derro’s notebook was filled with Dwarvish writing, specifially a long list of random items, mostly coins and jewelry. She also had a pouch of dust of disappearance.

Reschi cast a spell at the obelisk, which caused him to appear at the entrance to this cavern just before the fight with the derro and the spectator. He’d traveled back in time! Once he caught up with everyone in the timeline again (somehow), and he explained what had happened, Pike cast a spell at the obelisk and returned to the surface of Darklake right after the party had escaped from the flooded temple. He spotted the duergar in the boat fighting off that demon-mosquito, and swam over to help them.

Eventually Pike caught up with the rest of the party in the timeline (I have no idea how this works).

With the duergar conspiracy uncovered and the derro cult destroyed, the companions returned to Errde Blackskull to report in and collect their reward: an audience with the Deepking, Horgar Steelshadow V.

Goder fed Bluebell a bigwig mushroom and gave her the dragon egg, then sprinkled dust of disappearance on her and sent her off to deliver it to Themberchaud. When Bluebell returned, she told him that the dragon had crushed the egg and offered her one of his treasures as a reward. Apparently he thought the Keepers of the Flame were going to replace him. Goder didn’t like that development, so he went back to the obelisk, cast a spell at it, and went back in time so he could go with Bluebell to talk to Themberchaud. This time he convinced Themberchaud to allow him to keep the dragon egg as long as he took it far away from Gracklstugh. He picked out a fancy-looking fire opal as a reward. 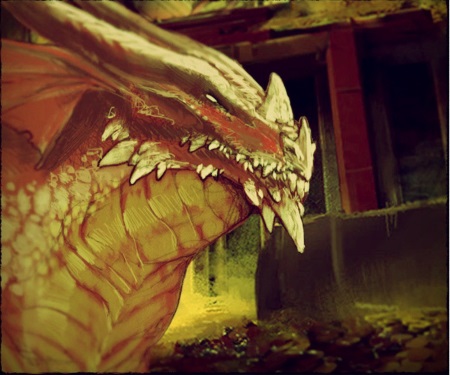 Next, the companions met with the stone giants, describing all that had happened in the derro tunnels to Stonespeaker Hgraam. He gave them a cryptic warning that they weren’t sure how to interpret, as well as a stonespeaker crystal.

Finally, an audience with the Deepking was in order. Goder wanted a bag of holding to store his dragon egg in, and nobody in this city had one for sale or could make one, so he hoped the king’s consort, Shal, a known spellcaster, could help him out. 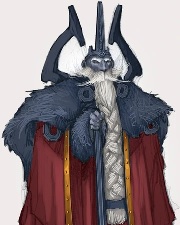 As they talked with Deepking Horgar, however, it became obvious that he was only saying and doing what Shal told him to. Reschi charmed both of them, and that’s when the consort admitted that she was a succubus working for the demon lord Graz’zt. Her only task was to make sure no one tried to rid Horgar of his madness.

The companions wanted to do just that, so they discussed how they might go about ridding the Deepking of his consort…

Escape from the Underdark